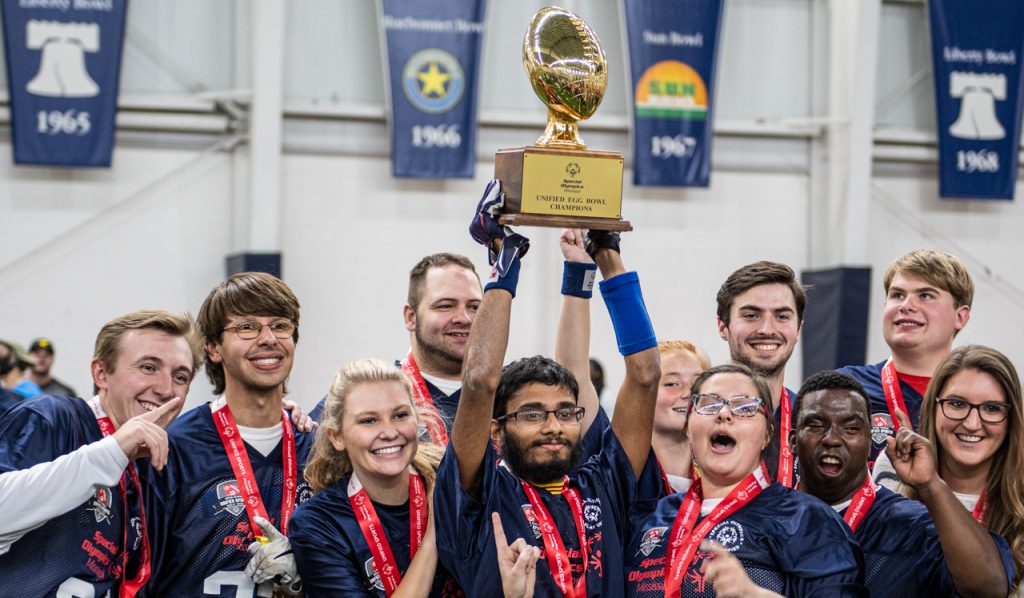 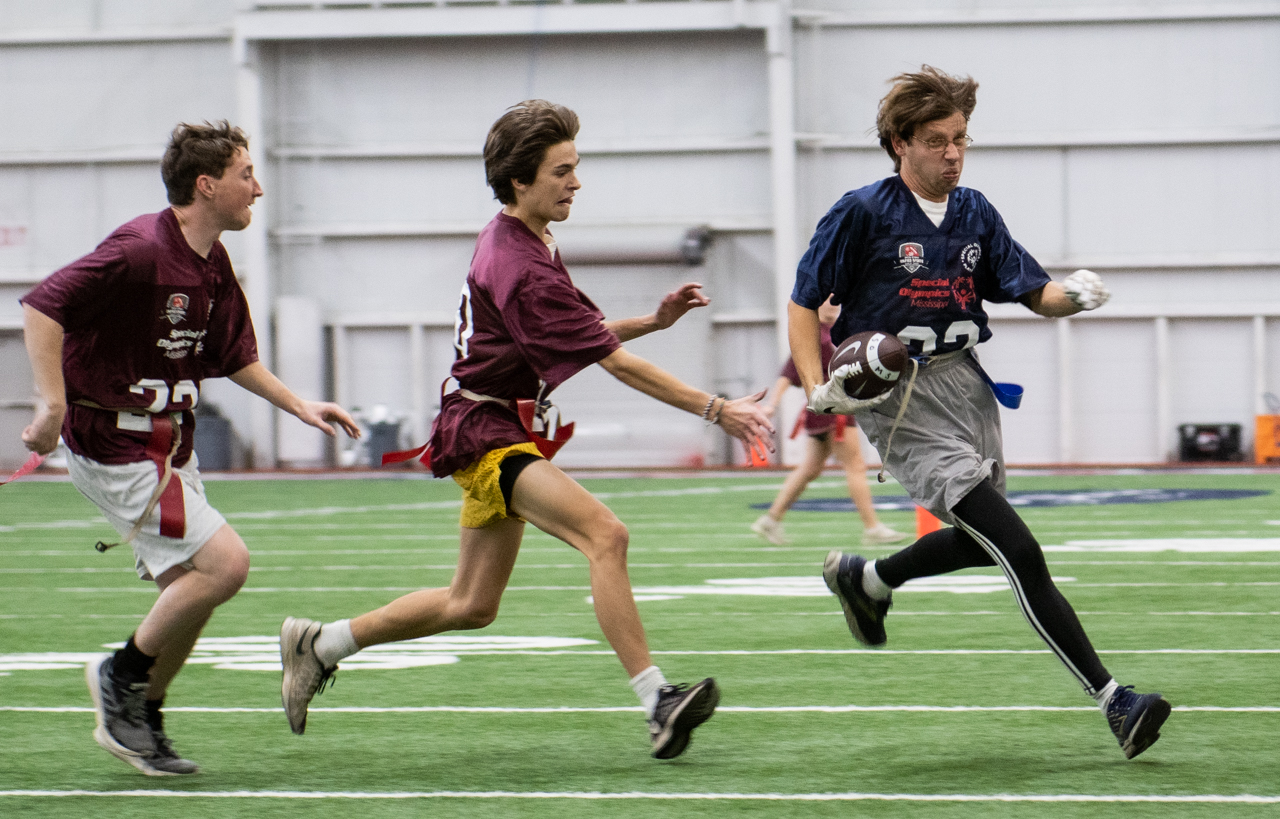 The University of Mississippi’s and Mississippi State’s Special Olympics teams lined up on the football field to compete in the sixth annual Unified Egg Bowl on Wednesday night in the Manning Center.

The Unified Rebels beat the Unified Bulldogs 25-18. Jayaratha scored all four touchdowns in the game for the Rebels.

Teams entered the field through a tunnel with cheerleaders and Tony the Landshark. The Unified Rebels gathered in a huddle before cheering, “Go Rebels!”

In the stands were students, athletes and family members, all holding signs cheering on the team. The women’s volleyball team passed out signs to those who didn’t have any.

Members of the Pride of the South marching band, the cheerleading squad and the Ole Miss Hand Band also attended. The hand band performed a Christmas-themed halftime show.

Special Olympics President Ally Avant, a senior political science major, said that she was extremely happy that the Unified Rebels won and that seeing the athletes celebrate their victory made being the head coach of the team worth it. 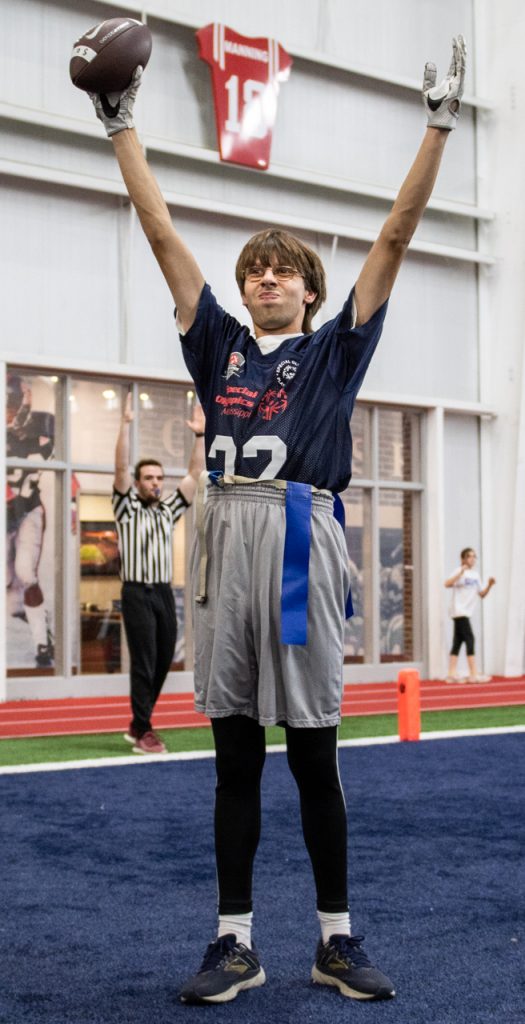 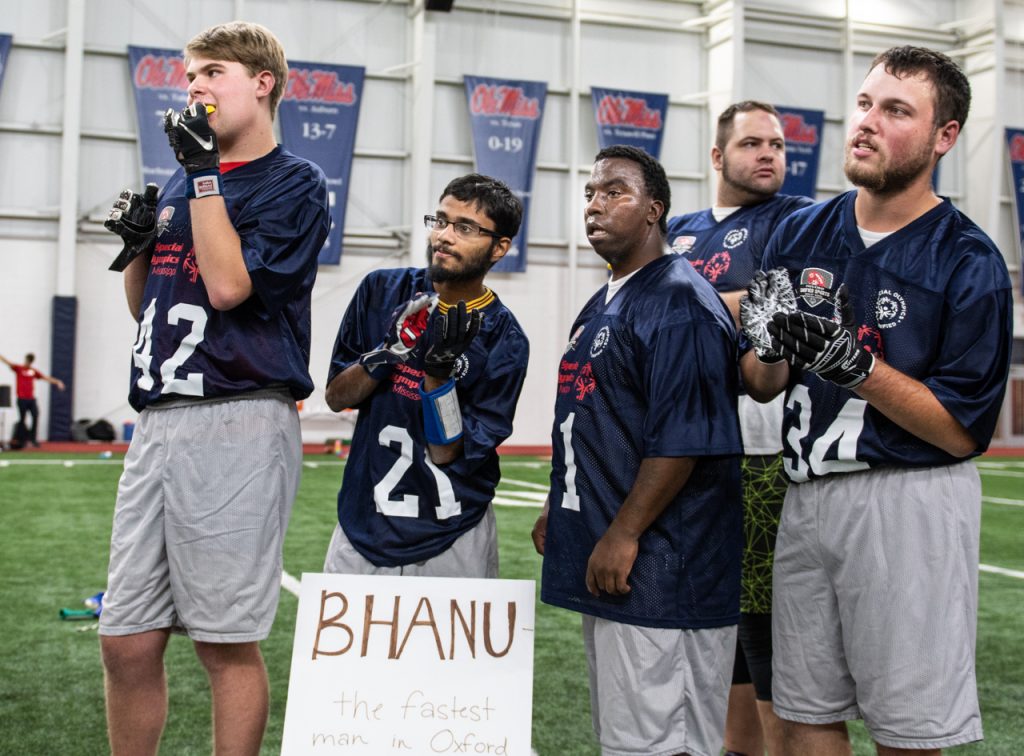 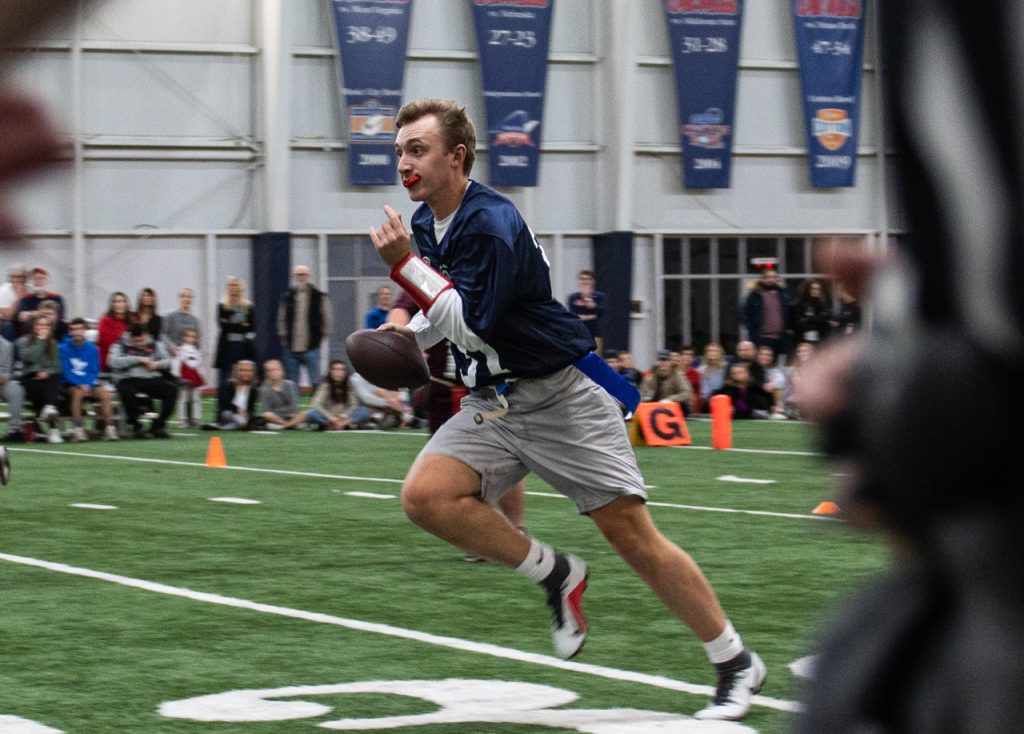 “Special Olympics is the most rewarding thing that I do. Our main goal is to promote inclusion both in sports and off the field,” Avant said. “We just like making friends from all over the Oxford community and on campus, too.”

“It is so much fun coaching and just being a part of this team because it’s just hilarious, and it’s so fun seeing (the athletes) thrive in their athletic abilities,” Day said. 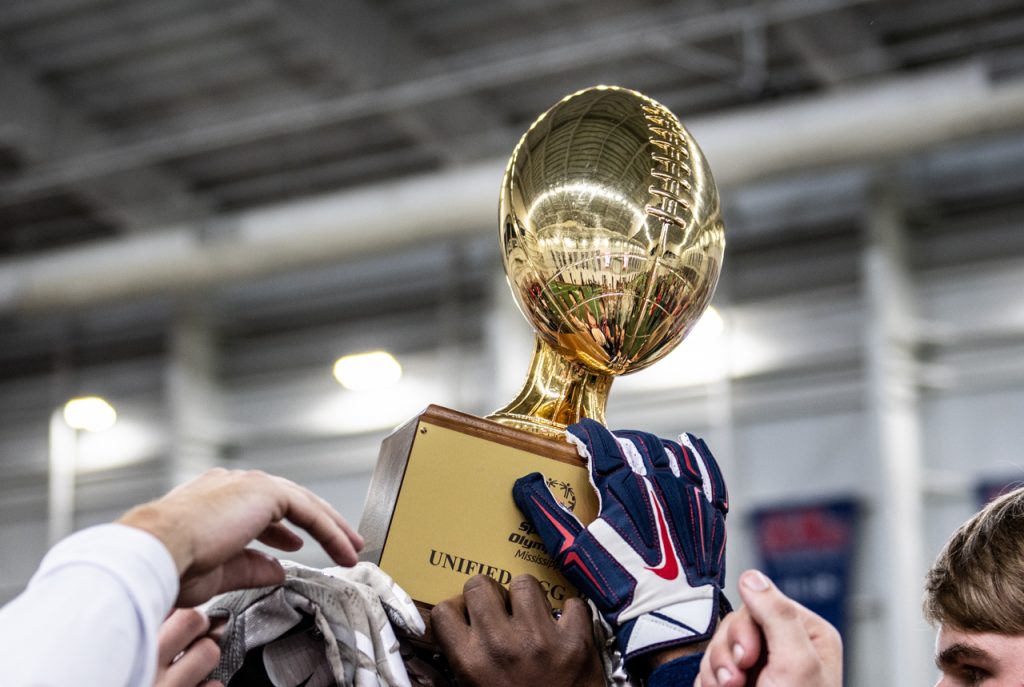 Jansen said that she and her friends look forward to playing flag football with the Special Olympics teams every week on Wednesday nights, and enjoy being active and interacting with people that don’t go to Ole Miss.

“It’s such a rewarding experience to not only help the athletes participate in something they normally don’t do but also get to watch their parents and families cheer them on,” Jansen said.

“Bhanu is a star,” Jansen said. “I would put him on my fantasy football team if I could.”

Jayaratha said that he enjoyed playing flag football with the Special Olympics for the first time and enjoyed winning even more.

“I told my teammates and coaches we were going to bring the Egg Bowl home. We got it done,” Jayaratha said.

Jansen said that she was proud of the Special Olympics team for winning the Egg Bowl, saying their practices helped them improve a lot.

“Everyone has improved so much from the first day of practice, and they got to prove it on the field,” Jansen said. “It was great to see other Ole Miss students and athletes come out to support them, and you could tell they felt like superstars, which is what it’s all about.”

The women’s volleyball team presented medals to both Special Olympics teams. Stefano Subauste, a senior mathematics major and this year’s Mr. Ole Miss, concluded the night by leading the Unified Rebels in the Hotty Toddy chant while holding the Unified Egg Bowl trophy.